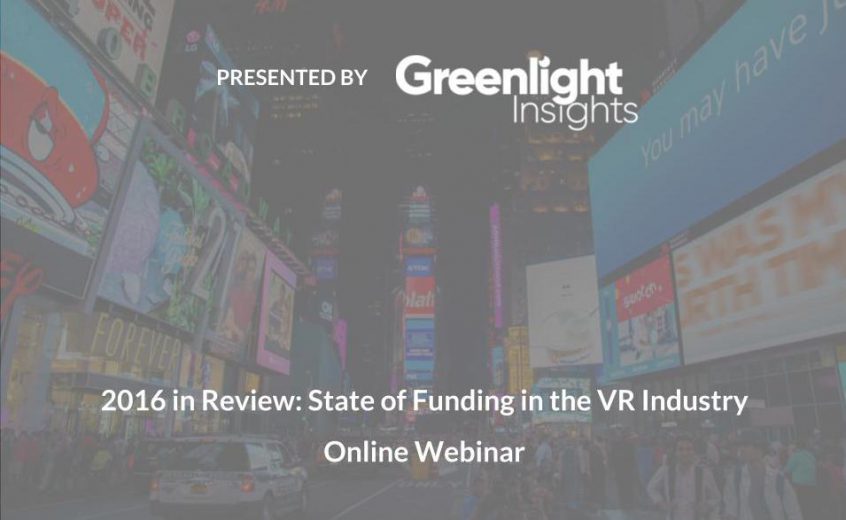 After years of record-breaking venture funding in the virtual reality industry, Greenlight Insights expects 2016 to be a record-breaking year. The numbers are starting to roll in, as reported in the 2016 Virtual Reality Industry Report.

A diverse set of companies made up the largest venture deals of the year. Earlier this year, MindMaze ($100M) and NextVR ($80M) have raised two of the largest single venture rounds we’ve ever seen. This week’s announcement that Osterhout Design Group, a leading developer and manufacturer of mobile AR/VR smartglasses, has closed $58M in Series A funding is another prime example of the mega deals in VR venture funding that have been the story of 2016. “It’s likely 2016 will shatter funding records. The number of deals and actual dollar value is up significantly year-over-year,” says Clifton Dawson, Greenlight Insights Founder & CEO. “As for next year, we expect to see more breakout deals as the first wave of innovation matures.”

Join Greenlight Insights on Thursday, January 12th at 9:00 AM PST for an insights-packed webinar on the current state of VR venture funding. Using data from our Virtual Reality Funding Database, we’ll reveal a comprehensive analysis on: Join us for a 45-minute webinar on top investment trends in virtual reality.