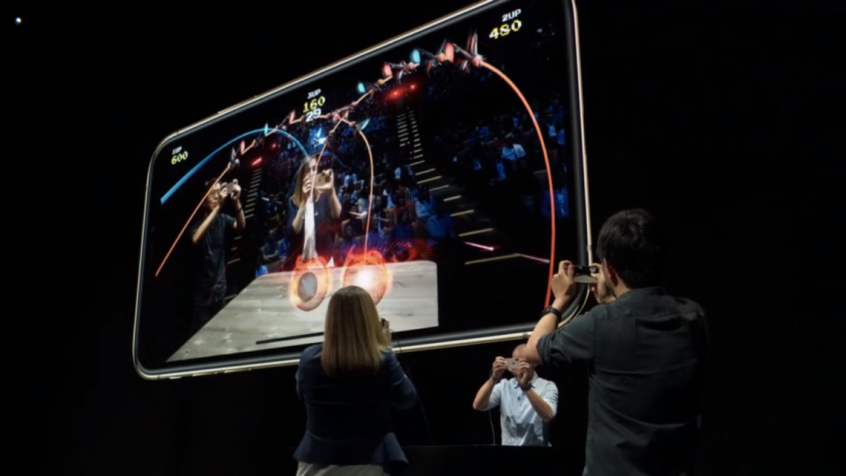 Apple's fall event is known for its announcements of the upcoming iPhones, watches, and Macs, but ARKit applications are becoming a small yet consistent staple.

Directive Games' Galaga AR putts an immersive multiplayer twist on the classic 80's arcade game. The game is the first game to be announced in Apple's AR Arcade Series.

Apple's commitment to releasing a series of AR arcade games speaks to the company's continued faith in augmented reality. Smartphone app developers already flock to iOS and iPhone, but AR apps have been slow to be released beyond marketing and retail apps. AR is currently more of an added feature than technology providing a new way to interact. Apple's AR Arcade Series will prove AR mobile games and entertainment are here, and can be even more compelling than Pokemon Go.

Homecourt is a more practical solution for mobile AR. The app uses AI and AR to track and analyze a user playing basketball, providing data on the player's technique with feedback. The application may not be a huge use to a majority of iPhone users, but Homecourt is an AR tool, showcasing the usefulness AR technology can have in everyday life.

Both Galaga AR and Homecourt reveal an investment form Apple as it plans to make a move into AR wearables and secure its spot as a leader of mobile AR. More AR applications, both in utility use and entertainment, will help build an ecosystem that can later be ported to an eventual pair of smartglasses in years to come. For consumers to see the value of smartglasses, they will need to first see the value of AR.

Read more about mobile AR and Apple in the 2018 Augmented Reality Industry Report.