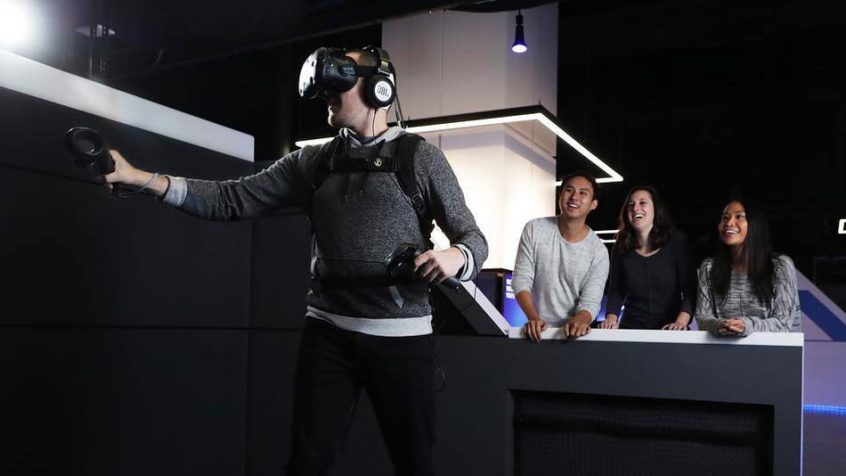 The following is part of our Location-Based xR Intelligence Service, which includes forecasts, data, and key insights about the use of virtual and augmented reality at arcades, family entertainment centers, cinemas, theme parks, shopping malls, museums, and other location-based entertainment venues.

IMAX announced the company will close its remaining open VR Centres by Q1 2019. The termination comes just two years after IMAX opened its first VR Centre in Los Angeles as a state-of-the-art VR arcade facility. IMAX was one of the first global Hollywood exhibition companies to expand into VR, but is also one of the first to completely shutter its VR business. Is this an omen of what is to come?

IMAX had many advantages of opening a dedicated VR venue with a brand already associated with premium entertainment experiences and a vast network of partners in hardware and content. But the deployment of IMAX’s VR Centres was doomed from the start based on the pricing structure, keeping customers at the venue, and, what plagues most VR operators, marketing.

The remainder of this research is restricted to certain Subscriber levels. Contact sales to receive our Location-Based xR Intelligence Service.

As a destination, IMAX’s pricing is above average in terms of cost. Experiences at IMAX VR Centre are about $0.97/min, well above the global average price $0.62/min according to Greenlight Insights’ Location-Based VR Market Tracker. The additional issue is customers must plan out their visit by pre-purchasing a ticket for each experience, leaving a spontaneous extension of time up to luck of availability.

The VR Centre in Toronto has combated both the cost for an extended visit and continuous experiences by offering hourly VR booth rentals of about $22.

Ancillary revenues can’t be ignored
At a time when companies in the location-based entertainment (LBE) industry are increasing their per cap revenue and gross margins with complimentary food and beverage offerings, IMAX ignored F&B altogether. For instance, Dave & Buster’s, a competitor to IMAX in the LBE VR market, achieves an EBITDA margin of 23% and has F&B revenues of 43%. Moreover, food and beverage services help keep customers at a venue for an extended period of time beyond the length of the entertainment offered. Although food and beverage cannot be enjoyed while in VR, customers could eat and drink as they wait for their time slot, increasing their time, and subsequently, money spent at the venue.

This high-margin ancillary is increasingly being offered at LBE VR venues with over 25% of operators report offering food and beverage in the 2018 RealityIQ survey. LBE VR operators are looking to diversify to bring in customers — and keep them.

It’s hard to sell VR
VR experiences are hard to market to consumers. This is because consumers are still largely unfamiliar with what VR is, the content available, or what they would do at an LBE VR venue.

In the 2018 Reality IQ survey, over 30% of operators cited consumer understanding of VR as their biggest challenge followed by marketing costs (about 25% of operators). It was especially important that IMAX be able to market VR effectively if it intends to be a key premium distribution and marketing platform for VR titles. Because a majority of consumers are unfamiliar with VR, it is a challenge to market to these consumers, driving expense of marketing costs as marketers need to tackle how to communicate the value.

Concluding Thoughts
Are IMAX closings a bad sign for VR? It may be for those relying on funding from IMAX’s investment arm, but, with the exception of IMAX, VR and entertainment companies are increasingly expanding LBE VR operations rather than drawing back. As the market matures, paths to success will become clearer — as well as paths to failure.