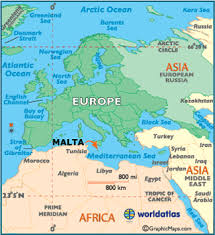 The Republic of Malta (Malta) is one of the world’s smallest with a population of just under 450,000 (despite an extensive emigration program since the Second World War). So why does it have virtual reality companies?

Historically an economy dependent on tourism and foreign trade, Malta’s economy now includes film production and gaming as significant and growing contributors overall. In fact, it's estimated that the film industry in Malta will contribute some €100 million to the economy this year, which equates to a 250% leap over the €29 million recorded last year. Back in 2003 the industry's direct contribution was a mere €5 million. In addition to major film production, Malta has been successful in attracting gaming businesses to the tiny island.

What explains Malta’s prominent film industry, an important precursor to a virtual reality ecosystem? The Maltese government introduced financial incentives for filmmakers in 2005, including the current 27% tax credit incentives to foreign productions. As a result, in 2009, 14 overseas productions filmed in Malta, including eight television series/mini-series, parts of four feature films and two commercials.

As a result, service providers to the film and gaming industries have benefited, and so has the local virtual reality landscape. Companies like PlayMagic (http://www.play-magic.net/) in Silema, Malta are taking advantage of the virtual reality wave. PlayMagic, originally a PC, console and mobile game development agency, recently added virtual reality to its repertoire.

One additional reason for the outpost of virtual reality companies beside the tax incentives is the abundance of highly-skill, technical labor. Most science students in Malta graduate from the University of Malta, and the Malta Council for Science and Technology (MCST), a civil body responsible for the development of science and technology on an educational and social level, are extremely active.

While these factors are important to the growth of the Maltese virtual reality ecosystem, we recognize there are several contributing factors to early and sustained growth. Therefore, we ask (and investigate):

It’s unlikely that Malta will overtake larger European countries, such as England and Germany, as a virtual reality hub, or even American cities like San Francisco or Los Angeles. Nevertheless, nascent but emerging centers of activity such as Malta are important to track for truly understanding the long-term viability of the global virtual reality industry.