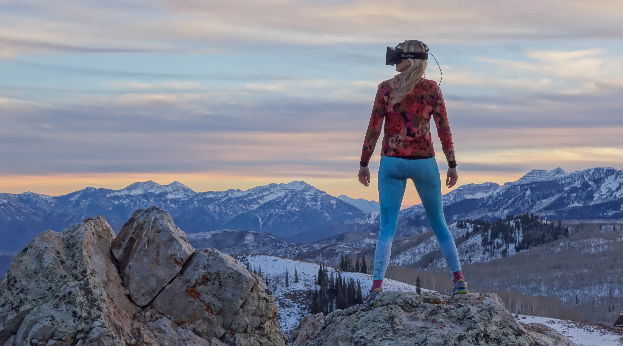 As location-based entertainment centers continue to ramp up their investment into virtual reality experiences, mainstream adoption is not a question of if but when. In recent months, there have been a plethora of location-based VR announcements, the majority of which can be directly traced to increased public awareness rather than just media hype.

Movie theaters, theme parks, shopping malls, museums, and traditional arcade gaming venues all appear to be aware that an on-site virtual reality experience is not only a chance to showcase the technology to the general public but also provide an opportunity to derive additional revenue from its customers. Setting aside the decreasing costs of in-home head-mounted devices, there is a growing expectation that the average person will experience VR for the first time in a location-based environment.

By 2022, Greenlight Insights predicts that global spending on location-based virtual reality entertainment (LBVRE) will exceed $8 billion. When you consider that global spending on LBVRE in 2017 is likely to hit $579 million, then it doesn’t take a rocket scientist to realize that location-based entertainment centers and LBE-specific content creators are going to play a significant role in mass adoption.

At the recent International Association of Amusement Parks and Attractions (IAAPA) expo in Orlando, there was a consensus that virtual reality was almost ubiquitous on the show floor. With the organization entering its 100th year, the IAAPA Attractions Expo 2017 attracted over 39,000 industry professionals through its doors, previewing over 65 new experiences and attractions that included virtual reality rides and roller coasters.

And while traditional steel roller coasters remained the dominant attraction, attendees noted that virtual reality rides were increasingly prevalent. According to Martin Howe, CEO of immersive experience creators TEQ4, the 2017 expo was a golden opportunity for the location-based VR industry to show what it could do.

“This is the year that VR made its way into mainstream amusements and attractions. Or didn’t, depending on who you listened to,” said Howe, in an op-ed published by UK-based attractions industry website Blooloop. “What was clear was just how far and wide and deep VR has infiltrated the show, and therefore one might presume, the market. I lost count but something with VR was always within eyesight, wherever you stood.”

Location-based VR Is A Global Attraction

Bearing in mind that the annual IAAPA event took place in what is arguably the theme park capital of the world, it is unsurprising that some major location-based VR-related announcements came out in Orlando. Earlier this year, SeaWorld debuted its Kraken: Unleashed VR roller coaster at its Florida location and it appears that the success of Avatar: Flight of Passage at Disney’s Animal Kingdom theme park has inspired other leading brands to climb on-board the LBVRE train.

For example, the Legoland Florida Resort announced that “The Great Lego Race” would be open to the public in 2018, although it should be noted that this virtual reality experience will be available in its sister resort in Malaysia before the end of the year. The head-to-head racing experience is inspired by the way that children play with Lego, the company said, and is widely expected to be rolled out to additional Legoland locations in the near future. Montreal-based digital interactive attractions company Triotech revealed a partnership with game developer and publisher Ubisoft that will see the development of modular LBVRE experiences that include the Assassin’s Creed and Rabbids franchises. Triotech already has some skin in the VR location game, with the company introducing a multi-sensory experience in Las Vegas based upon AMC’s Fear The Walking Dead in summer 2017.

According to a press release, the planned partnership will have a relatively small footprint in terms of space, with the intention being to create immersive experiences that will fit into around 10 square meters or more.

“We have watched the evolution of virtual reality technology closely over the last few years," said Triotech CEO Ernest Yale. "We feel that with this solution we have a strong offering to the market when considering both the content and the technology but most importantly, the guest experience."

Developed by LAI Games, this experience is somewhat unique thanks to the fact that it is reportedly the first VR attraction that does not require an attendant. Virtual Rabbids operates like a standard coin-op game, using a motion platform, wind simulation and HTC Vive headsets to provide three 360 degree rides that, the company said, is an “unforgettable experience for guests and a winner with operators.” Game-based experiences aside, attendees at the IAAPA Attractions Expo 2017 could also interact with the natural world.

One of the recurring complaints with location-based VR is that—for the most part—the experiences rely on gamification as opposed to just enjoying the view. In some respects, that is only to be expected. In the eyes of the general public, virtual reality is intrinsically linked with gaming, irrespective of the myriad number of use cases that go beyond that genre.

Blooloop reported that Starbreeze’s DK3 headset was available as a “sneak peak,” showcasing a zoo-based experience with animals like cheetahs looking “sharp and far too lifelike for comfort.” Brogent’s Q-Ride—one of the most sought-after products at the expo, according to a company press release—was another debutant at the expo, with the high-end VR experience taking riders (including representatives from Disneyland and Universal Studios, apparently) on a realistic undersea journey.

“Brogent's Q-Ride uses an Acer 3K headset with sharper visuals and less lag than most, paired with an unusual triangular motion platform,” wrote the Orlando Sentinel’s Seth Kubersky. “But what really grabbed me was the content: no aliens or explosions, just a spectacular underwater safari through schools of fish and pods of whales, with more natural nautical textures and lighting than any of SeaWorld's CGI attractions.”

LBVRE Can Think Outside The Box

Irrespective of the content, the continued presence (no pun intended) of virtual reality at global expos and conferences makes it abundantly clear that LBVRE will be a major influence on both the out-of-home and the (potential) personal use market. The caveat is that showcasing innovative products is only the first step, what matters is how those products are monetized to a wide audience.

Over the next few months, it is extremely likely that more innovative VR products will have their 15 minutes of fame, especially as CES 2018 looms on the horizon. With that in mind, we will certainly be paying attention to not only the established players in the market but also the ones that are thinking outside the box. To put it more simply … watch this location-based space.

Interested in finding out more about the LBVRE sector? Contact us now to learn the benefits of becoming a client and get access to Greenlight's latest report on the location-based virtual reality market.