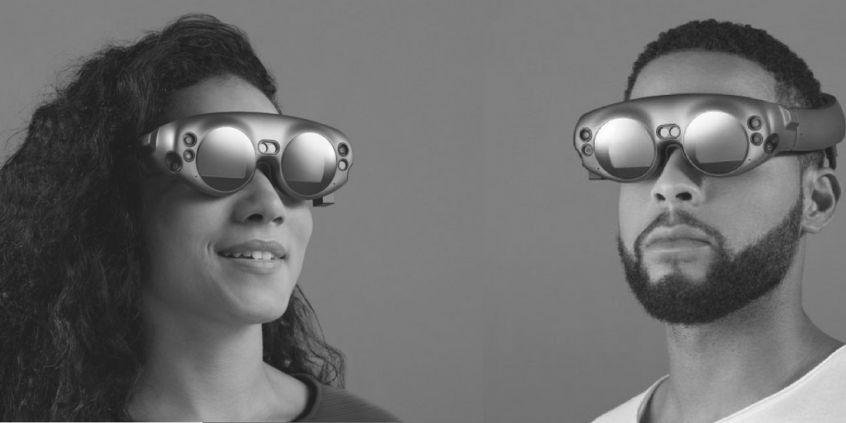 After a series of announcements over the past few months, Magic Leap has once again become buzzworthy with the release of its Lumin SDK. The software tools contained therein promise to bring many new and exciting features that have never before been implemented in AR hardware. From a robust runtime environment that can run multiple applications in the same physical space (similar to how modern computer GUI’s can support multiple programs on a single screen), to powerful APIs for features such as eye-tracking and simultaneous location and mapping (also known as SLAM), the company’s Lumin OS shows lots of promise for content creators.

Magic Leap’s software ecosystem will invariably affect the way that other AR manufacturers think about the implementation. Its closest rival, Microsoft’s Hololens, doesn’t draw a fair comparison to the features of the Magic Leap One if all it’s touted features can be implemented successfully. Positional, hand, and light tracking, persistent neural network-powered SLAM, and spatial audio come together in the ML1 headset to create a promising picture of the next generation of devices.

Value Added to Use Cases

Provided Magic Leap can keep costs competitive with Hololens and Glass EE, current use cases could be replicated, and in many cases enhanced by the ML1. For instance, Hololens in currently used across a number of different verticals in a training/remote assistance capacity. Magic Leap’s increased FOV could improve the quality of 3D training models and provide wearers with a richer and less intrusive information display. This would, in turn, create an environment where workers can perform tasks even more efficiently than with current solutions while allowing them to remain present in their environment.

In addition, a more powerful sensor array and processor could allow remote guides to provide richer 3D information and annotations to a physical environment, which could remain persistent and require less effort on the part of users to deploy. Currently, offerings on Hololens and similar devices can render collaborative 3D assistance across a limited number of verticals, such as industrial and manufacturing, while most solutions on Glass EE are limited to simple 2D image sharing and video streaming.

Use cases for traditional virtual reality could also see some disruption. Magic Leap’s emphasis on rich graphics and tracking could serve as an alternative to remote meetings conducted via telepresence. Instead of replicating a complete physical environment in VR, AR telepresence meetings could substitute a physical environment for a virtual one and engage in telepresence via AR avatars rendered over the real world. Coupled with some of Magic Leap’s more ambitious features, such as light field-based occlusion, AR telepresence could quickly become more practical than VR after factoring in ancillary hardware costs.

As Magic Leap partners continue to announce new projects and initiatives, from software development and support to forward-facing content creation, business leaders would do well to pay close attention to potential use cases for a powerful next-generation AR device such as the ML1. Future iterations of the hardware could solidify CEO Rony Abovitz claims that the Magic Leap ecosystem represents something beyond VR or AR altogether.