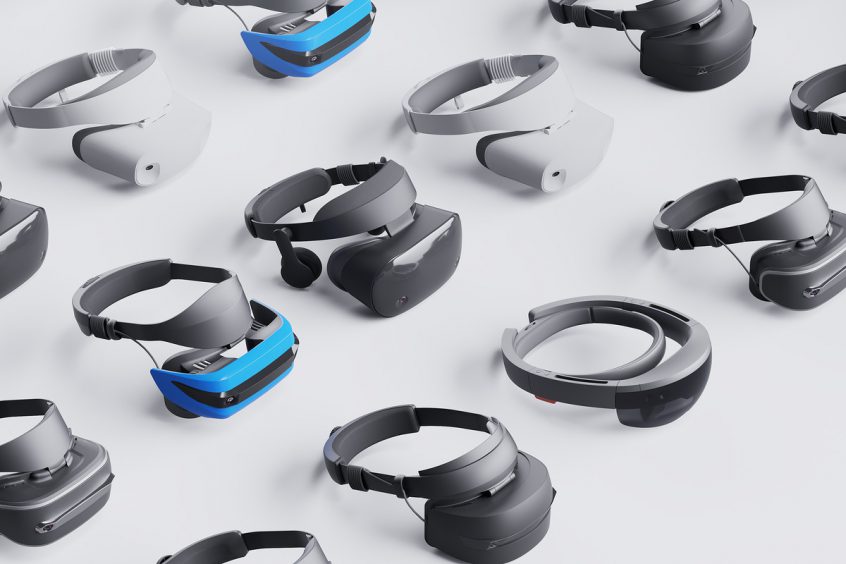 Media outlets have reported that Microsoft remains committed to the continuing development of its virtual reality platforms. Despite ongoing investment and improvement into Windows Mixed Reality (WMR) in the Hololens 2 platform, Microsoft has remained conspicuously silent on its overarching strategy, if any, for its line of fledgling OEM built VR devices.

As others have pointed out, the original designs were the first to make inside-out SLAM tracking possible in a widely available mass-market device, beating even incumbents Oculus and HTC. However, this momentum was hampered by lackluster marketing and frequent missteps in the implementation of content pipelines. While most mass-market VR customers can be classified as SteamVR users, the complication of added plugins designed to loop in the Windows app store made for a questionable value proposition overall. Moreover, the company’s core competency of enterprise and productivity applications and software was largely focused on developing applications for the Hololens platform, which faced a significantly less competitive market in AR. Today, Hololens enjoys a compelling first-party app suite as part of Dynamics 365, while WMR has all but disappeared from both the company's corporate messaging as well as its various retail and e-tail outlets.

While Microsoft is recognized as the architect of the original reference design which gave rise to a wave of new Windows Mixed Reality-branded devices like the Dell Visor and ASUS HC102, certain partners such as HP and Samsung, saw fit to iterate on these original designs to deliver moderately improved products such as the Odyssey+ and Reverb. However, even these headsets have remained reliant on Microsoft’s technology, such as its proprietary tracking systems and controllers. The Windows Mixed Reality Platform has deviated significantly from its original product vision as a unifying hub for both virtual and augmented reality technology, similarly to how UWP was conceived as a bridge between various Microsoft products.

Overall, it is increasingly apparent that Microsoft's plans for WMR are strongly influenced by the disruptive, cloud-centric strategy that has influenced the company over the past 5 years. Under the tenure of CEO Satya Nadella, the company has doubled down on its business technology bets, at the expense of broader, consumer-facing offerings like WMR. As demand for Hololens-like devices continues, it is unlikely that the company will bring any meaningful improvements to VR technology unless it decides to completely pivot towards an enterprise-exclusive go-to-market strategy.

Procurement specialists should be wary of adopting WMR as a VR platform without a clear vision of future support. While the possibilities for remote collaboration in virtual environments has great business potential, the value of long-term support and a roadmap of additional features and products cannot be understated.