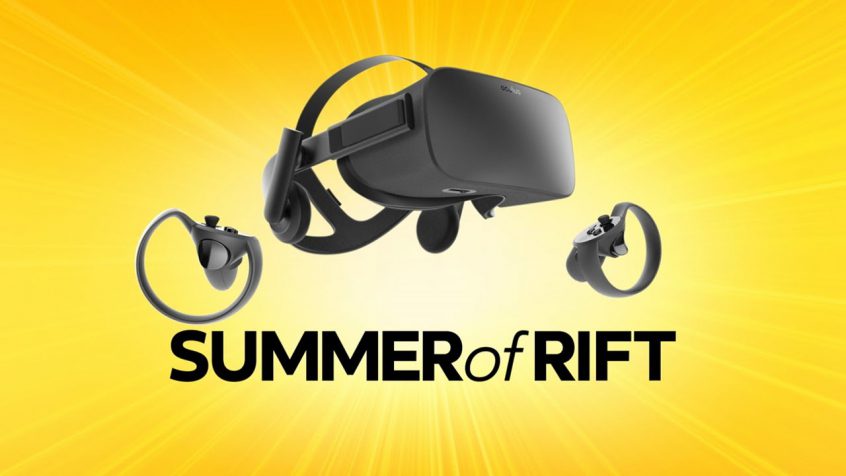 For the next six weeks, the price for an Oculus Rift with Oculus Touch controllers is $399. In this move, Oculus has made its headset cheaper than even its console rival, the Sony PSVR.

In terms of units shipped, the company's flagship product - the Oculus Rift - lags behind cheaper headsets like the Samsung Gear and Sony PSVR. This is largely due to two factors: price and installed base. Hard-pressed to combat the latter, Oculus has opted to engage the former, temporarily lowering the cost of its headset bundle to $399.

Essentially, the Oculus Rift and Touch bundle is now the cheapest high-end headset on the market. The PSVR is also $399, but this price does not include its PlayStation Move motion controllers (an additional $99). Nevertheless, Sony still holds the advantage. Over 60 million PS4 units have been sold, meaning there are over 60 million installed base users ready for a relatively cheap upgrade into VR.

The Oculus Rift still requires a high-end PC to operate. Even on the low end, consumers would expect to pay roughly $1,000 for a PC and Rift - $100 more than a PS4, PSVR, and PlayStation Move. This sale is not targeting those without a PC. Instead, Oculus' far more likely target is consumers who already own a high-end PC (or only need a minor upgrade) that can support VR. In this arena, the Rift and Touch bundle is now only half the cost of the HTC Vive ($799).

In the 2017 Virtual Reality Consumer Report, consumers listed price as the leading factor when considering purchasing a VR headset. The Oculus Rift is already a highly-reviewed HMD associated with quality VR content, so an improvement in entry cost will produce a noticeable sales difference. Additionally, 22% of consumers feel that the ideal price point for at-home VR experiences is between $200 and $399, in comparison to only 9% of consumers indicating they'd be willing to pay a bit more at $400 to $599.

The Summer of Rift will bring a needed uptick in Oculus sales numbers. The company's largest obstacle comes from well-established competitors. With Google and HTC releasing an all-in-one headset later this year, Oculus needs to become more competitive or risk getting left behind. This price cut, though temporary, is a needed step in that direction.