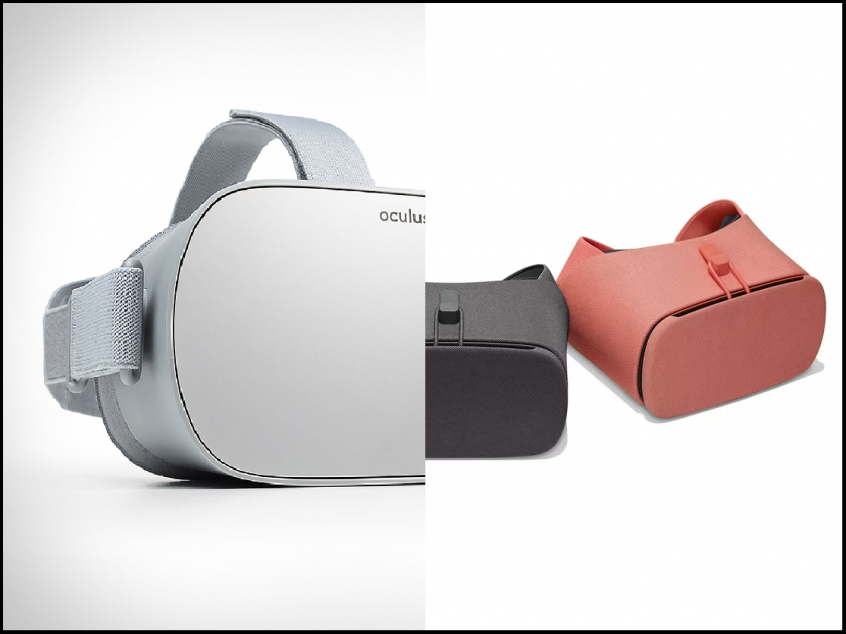 Oculus has shaken the market after its announcement at OC4 of it’s standalone VR headset, named Oculus Go. It's clear that Oculus and Facebook are ramping up their VR efforts to compete with Daydream, but how will the race end?

The Go is being marketed as an onboarding device for casual users. Its non-intimidating tether-free design and Snapdragon 821 mobile processor (a year-old flagship chipset) reveals a relatively modest setup. The device is being built with the objectives of cost-effectiveness and smartphone-like performance; this is ideal for consumer use in homes, where applications might include social communications and gaming.

Currently, Google and Facebook are competing to come out on top of the next VR cycle and ride the primary wave of mainstream adoption. However, Facebook’s move takes a more direct and practical approach to driving adoption. By addressing price, which is consistently a major factor in widespread adoption among potential new VR users, Oculus Go has avoided putting the proverbial cart before the horse. Specifically, this is the first ever viable standalone VR device (beating Google’s Daydream offerings from HTC and Lenovo to market, as well as Samsung’s secretive Exynos III headset). This means that customers who want to avoid having to buy a new phone or computer to experience a robust and quality VR experience finally have an attractive and low-pressure option.

Up until OC4, hardware initiatives from HTC, Oculus, and others have been preoccupied with providing highly detailed and demanding AAA experiences which capitalized on the novelty of VR. The Go represents an intelligent pivot which sacrifices raw power for accessibility. Not unlike Microsoft’s upcoming overhaul of Mixed Reality, Oculus has set a new goal that focuses on adoption and onboarding as opposed to hardware brinksmanship.

Google’s Daydream platform, meanwhile, has done the opposite by failing to accelerate development on its upcoming standalone headsets from HTC and Lenovo. While the hardware behind Daydream has seen marginal improvements in processing power and ergonomics, Google’s insistence on selling VR as a novel feature of its smartphones instead of a dedicated hardware ecosystem will now hamper their attempts to remain competitive with Oculus. The Go has drastically increased Oculus’ potential user base to include customers who do not already own a high-end PC or smartphone and do not plan to upgrade in the near future.  As a result, Go sales will likely dwarf Daydream View sales through Q2-Q3 of 2018.

However, it is important to note that the Daydream platform does benefit from some attractive “killer app” features which are more conducive to social VR and participatory experiences; these include allowing VR experiences to cast to an external monitor via Chromecast and viewing YouTube content in collaborative spaces called “Rooms”. Features in this same vein could present a competitive alternative for consumers who still view VR as a party piece as opposed to a viable full-blown media platform. Also announced at OC4 was an update on Oculus’ exciting Santa Cruz prototype, which attempts to deliver an untethered experience comparable to the flagship Rift headset. Early reports indicate that Oculus’ sensors have all but solved inside-out tracking and can effectively follow a user’s movement across 6 degrees of spatial freedom. In addition, it follows its own two positionally tracked controllers, which are based on the acclaimed design of the Touch controllers.

Santa Cruz will be a devastating blow to Daydream if Google cannot provide an adequate competing product. It is more than likely that the final consumer product will employ at least a Snapdragon 835, if not the successor to this year’s flagship chipset. Coupled with a robust dual-controller interface and continued improvements to Oculus Dash’s desktop app functionality (features which the standalone Daydreams lack), Santa Cruz is poised to continue the momentum of the Go headset and dominate the market opposite Daydream.

To learn more about the development of the virtual reality marketplace and Greenlight Insights' outlook, order the new Fall update of the 2017 Virtual Reality Industry Report.