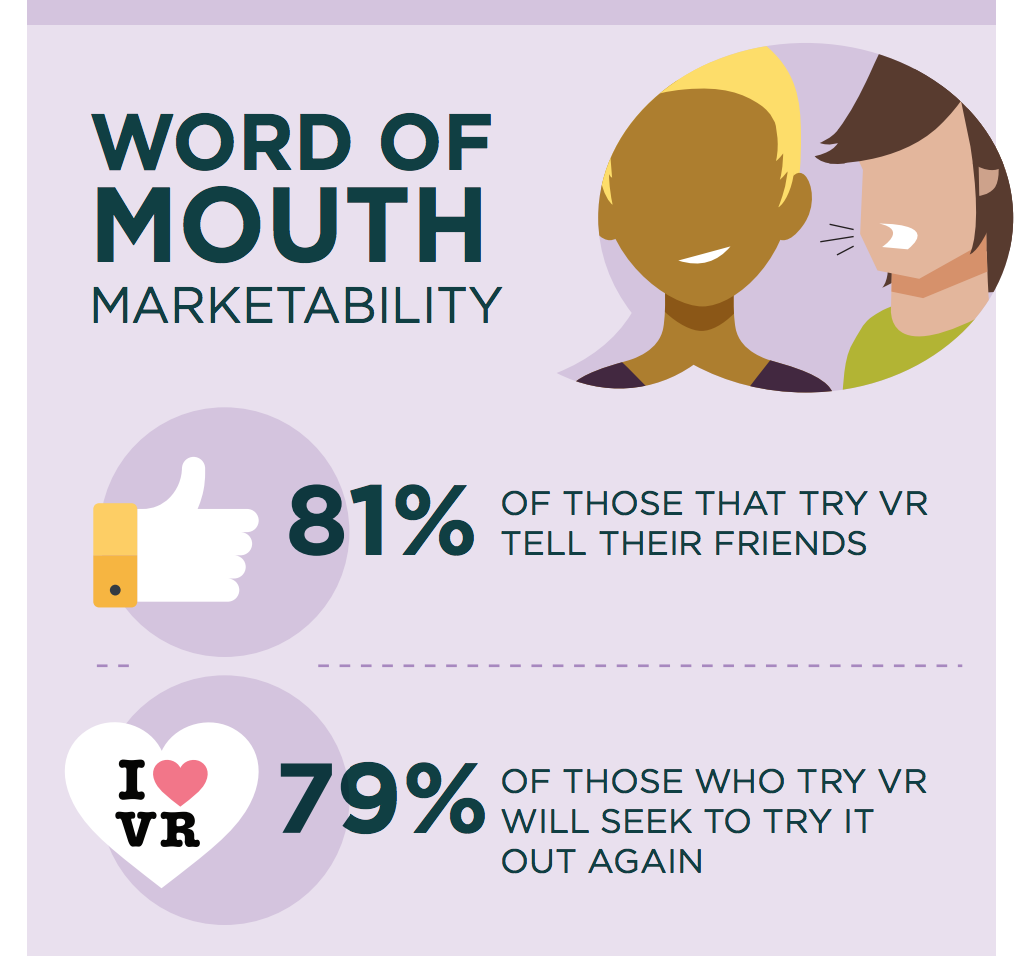 “Every Gear VR has been on at least ten heads,” John Carmack, Oculus’ CTO, said at the 2015 Game Developers Conference.

Marketing professionals hoping to associate their brand with the excitement and promise of new technologies should take note of virtual reality. The results from a study from Greenlight VR and Touchstone Research suggest strong word-of-mouth marketability associated with virtual reality campaigns.

"When someone tries virtual reality for the first time, it's typically a priceless experience. For brands daring enough to experiment in the space, the word-of-mouth benefit is extremely high. According to our research, consumers react very favorably to a brand after engaging with branded content in virtual reality, " says Clifton Dawson, CEO of Greenlight VR.

While the insights from Greenlight VR global consumer studies are comprehensive, the industry analyst firm also reached out to marketing leaders to dig deeper on this important topic. Gatorade volunteered early media impression data from the Bryce Harper Campaign, which is also featured in the infographic below.

Kenny Mitchell, Senior Director of Consumer Engagement of Gatorade said, "Gatorade has a 50-year history of innovating in service of athletes. As part of that, we’re committed to being at the forefront of leveraging marketing technology to engage with our consumers in new and different ways. We are excited to be able to use virtual reality to provide an immersive experience that brings them one step closer to the athletes they love in a unique and authentic way."

Craig Dalton, CEO of DODOcase, a maker of custom Google Cardboard viewers, offered "Over the last six months DODOcase VR has seen a steady increase in both the number of brands entering the market and the quantity of viewers being distributed to the world. From entertainment properties such as Conan O'Brien and Discovery Communications to consumer product companies such as The North Face and Porsche, we've supported clients by sending out hundreds of thousands of custom VR viewers into the world. The growth has been nothing short of explosive."

The complete infographic with insights on the marketing benefits of VR created by design-agency CubicleNinja can be downloaded below.