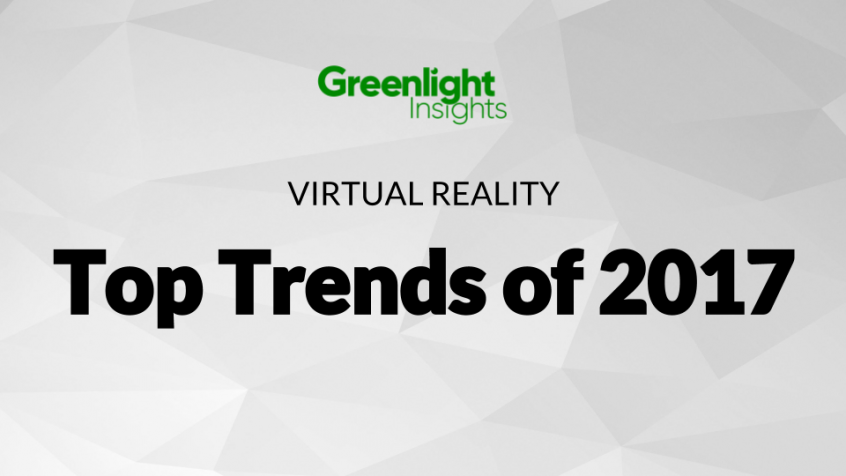 Standalone Headsets Will Have a Major Impact on Headset Revenues The reality is, VR hardware is too dependent on operating technology and price drops alone won’t solve this. Standalone VR headsets could offer a compelling solution for consumers who do not own supporting operating systems.

Greenlight Insights expects the standalone sector to grow immensely as standalone headsets expand beyond the Chinese market, growing from 0.3% to 14.3% of HMD market revenue.

Social Applications Are Hitting Their Stride VR social applications are not new to the industry, but the sector developed quickly in 2017.

Facebook announced Spaces, Morph3D partnered with High Fidelity and VRChat to bring a consistent avatar to multi-platforms, and AltSpace was acquired by Microsoft, which will bring financial stability to the free online community.

Currently, there are not enough VR headset owners to create a strong social presence. As the number of interactive headsets grows, so will these social communities. After 2017, VR social applications will be closer to supporting this growing number of users.

According to the 2017 Virtual Reality Consumer Survey, 67% of consumers surveyed are interested in social VR experiences. There is interest in social VR experiences, but there needs to be a variety of ways to interact. Consumers need more exposure to VR and may not feel comfortable immediately interacting through an avatar. Less than half (38%) of surveyed consumers said they were interested in engaging with other users through an avatar.

Location-Based VR Will Continue to Grow StarVR and Luckyhammers demoed APE-X for the first time at VRS 2017. Photo by Greenlight Insights

Location-based VR entertainment has become one of the hottest sectors of the VR industry in 2017. Major movie theater chains like AMC and IMAX opened locations in major cities and venture-backed companies like Zero Latency and The Void partnered with major brands to bring hyper VR experiences to the masses.

LBVRE varies drastically in different markets, from the highly branded experiences in the U.S. to the internet cafes of China and Japan. Greenlight Insights expects a higher occupancy rate in hyper VR locations compared to other types of LBVRE locations, through arcades and pop-up kiosks will account for more revenue in the sector as there will be more locations.

With any new technology and distribution channel, there are kinks to be worked out. Monetization for content providers is far from consistent or regulated, but this is one channel that consumer application creators can get more value out of a title beyond direct sales to early adopters. Greenlight Insights’ Virtual Reality 2017 TrendPack gives you everything you need to leverage the latest data and analysis for virtual reality. What's Inside?