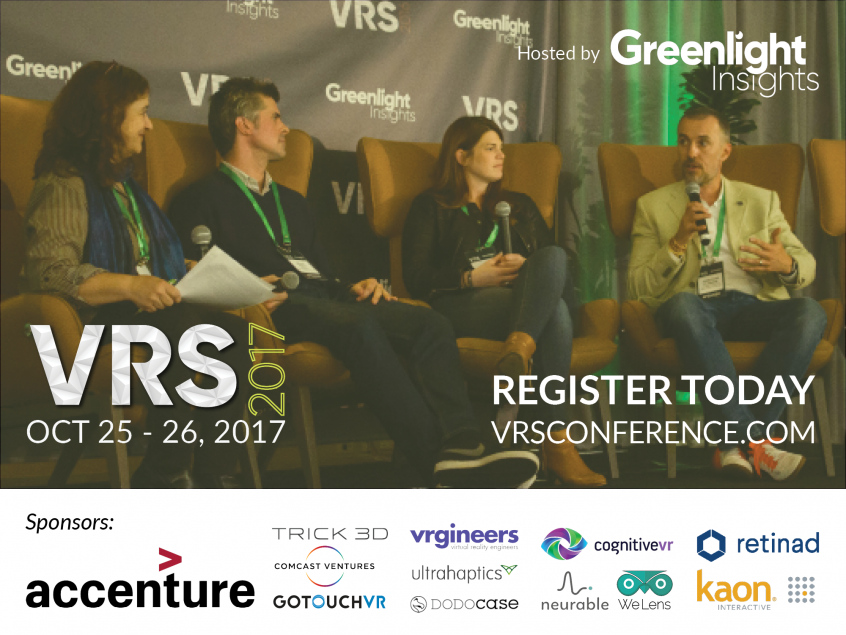 We are putting the finishing touches on VRS 2017, the vital second edition of the Virtual Reality Strategy Conference in San Francisco on Oct. 25-26. The conference will attract hundreds of your colleagues and is being built on 7 Key Premises developed by our top-notch analyst team at Greenlight Insights: