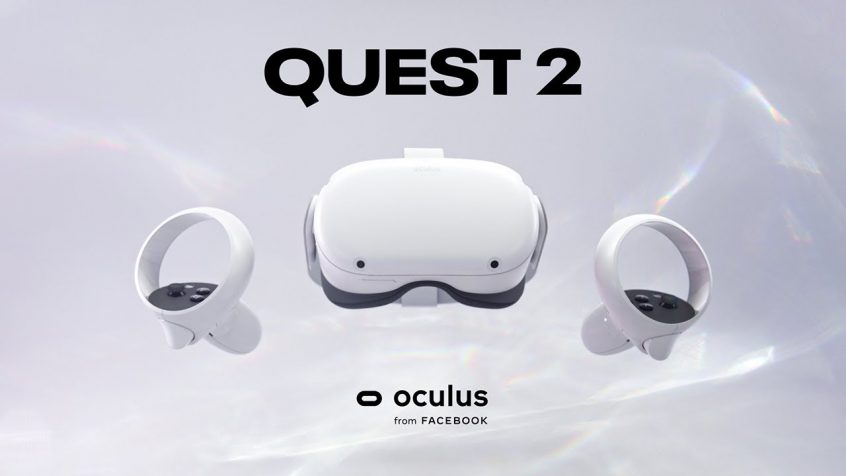 Oculus leadership announced June 16th it is testing a system for embedding advertisements directly into VR experiences on the Quest platform. The ads will run on 3 currently released titles including Resolution Games' Blaston, and use personalized data from users' corresponding Facebook marketing profile and general intent metrics such as previous purchases and wish lists from the Oculus store.

This new initiative fits within Facebook's stated intent to keep Oculus tied closely to the larger Facebook ecosystem, and represents a logical extension of the company's hardware business model. The company functionally sells its VR devices like Quest 2 at a loss, and relies instead on subsidization from other profit generators, namely advertising. For context, the company reports that advertising accounted for 98% of its revenue in 2020.

Developers Resolution Games responded to initial reactions to the announcement by emphasizing the role of advertising in providing developers with the necessary resources to develop and maintain a multiplayer game. The studio also encouraged fans to provide Facebook with feedback during the testing period to ensure ads did not negatively impact the game experience.

The inclusion of embedded advertising in electronic entertainment titles is not a new concept by any means, even within non-free-to-play (F2P) games, where any kind of advertising is generally less tolerated. Indeed, the new revenue streams provided by in-game ads have become critical for major publishers over the last decade, sometimes to the dissatisfaction of users. In particular, in-game advertisement is an endemic feature of the increasingly popular "live service" gaming model, characterized by other pillars like robust multiplayer & community features, microtransactions, and seasonal content drops. Popular examples include games like Fortnite and Overwatch, which alone have generated over ten billion dollars in revenue since launch.

It is this precedent and this level of success to which Facebook aspires; the company has spent three hardware cycles surmounting many of the hardware and engineering challenges in creating a low-cost, high-quality HMD, aggressively pricing out competitors in the consumer hardware space and gradually strengthening its content pipeline. Meanwhile, Oculus leadership has been laying the foundation for a profitable and self-sustaining walled VR garden. While the company's success in this regard is difficult to argue, time is running out to drive a new major adoption wave that will result in a meaningful return on the massive investment represented by Facebook Reality Labs and Oculus. Based on its recent acquisitions and messaging around strategy, the company clearly sees VR and AR as major business drivers within the next decade.

In short, Facebook is no stranger to uphill battles, maintaining profitability and growth even in the face of challenging public discourse around data security. The company has been successful thus far in dictating the direction of the consumer hardware market, but in order to transform one of its greatest loss leaders into a profit center, the company is likely to aggressively pursue advertising in order to maximize the value of its existing marketing platforms. Furthermore, by normalizing the practice of embedded ads in paid direct consumer content, the company can avoid needing to rely on more traditional means of revenue generation (i.e. an App Store model) that may encounter stiffer competition in the short term from indirect competitors such as Apple.